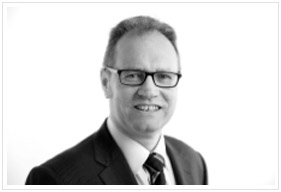 Steven Bird founded the practice in October 2000. He was a partner at Simons Muirhead & Burton from 1993 to 2000 having been with that firm as a trainee, qualifying in 1990. He specialises in serious fraud, regulatory and criminal cases but especially:-

murder and other serious offences of violence;

rape and other serious sexual offences.

Steven has been rated as a star individual in the Chambers and Partners directory since 2011 and has been described as having “excellent technical experience and ability, allowing him to identify issues at an early stage”. In various directory entries he has been described as “a true class act”, “a lawyer’s lawyer” and “a superb solicitor whose judgement can be trusted implicitly” and it is said that “he has incredible procedural knowledge and he prepares and supports fabulously.” He remains in that position in the Chambers and Partners rankings and as a leading individual in the Legal 500 for 2021.He has been included in Who’s Who since 2014.

In 2016 Steven was admitted to the List of Counsel at the International Criminal Court.

He is well known for taking on cases where there has been a potential miscarriage of justice and has a busy appellate practice both in the Court of Appeal and by way of applications to the Criminal Cases Review Commission. He represents previous victims of miscarriages of justice in claiming compensation from the Home Office.

He also represented Jonathan King in his aborted trial in 2018, which collapsed following considerable defence pressure concerning the flawed disclosure regime of the investigation and which was widely publicised during the summer of 2018. The case was stopped by the trial judge as an abuse of process.

The Guralp Systems case involving an allegation of conspiracy to make corrupt payments for contracts to provide instruments used in the seismology industry in the Far East. He represented the Finance Director who later became CEO and who was acquitted at trial in December 2019. The case was well publicised as the company signed a Deferred Prosecution Agreement with the Serious Fraud Office but no individual was convicted after a lengthy criminal trial.

An allegation of fraud against a solicitor in relation to a high value property transaction with the loss estimated at over £10 million being run as a private prosecution;

An allegation of fraud involving high value prototype handbags and rights to a perfume alleged to have been created with the late Michael Jackson;

An allegation of property investment fraud run as a type of “boiler room” fraud;

A money laundering case involving allegations that his client is a significant member of an alleged major organised criminal network in London;

Operation Tabernula, a large insider dealing investigation brought by the FCA which was a flagship prosecution for the Financial Conduct Authority;

One of the “Alstom” corruption cases, representing an engineer in an international corruption case concerning contracts for the decommissioning of overseas power plants;

An allegation of fraud and perverting the course of justice against a retired solicitor;

An investigation into the expense claims made by an MP following the controversy brought about by the Daily Telegraph investigation (his client was not charged);

A case involving allegations of corruption against the managing director of a company in relation to contracts received from a public company;

A land banking case of significant size, value and which attracted publicity in the national media. The client was the only one acquitted after a lengthy trial;

Representing a journalist in the corruption investigation known as Operation Elvedon. After considerable time and effort, the CPS finally agreed that it was not in the public interest to pursue the prosecution and a nolle prosequi was entered in early June 2103;

A large alleged boiler room fraud prosecuted in south Wales where his client was an accountant and was acquitted of conspiracy to defraud charges.

A large insider dealing investigation brought by the FCA which was a flagship prosecution for the Financial Conduct Authority (Operation Saturn); representing a banker in both the LIBOR and Foreign Exchange investigations;

A large “boiler room” type fraud involving the sale of coloured diamonds to investors (which has just ended in an acquittal);

Numerous murders including the murder of a young boy by a gang of youths in the East End, a prominent contract killing case in Sussex and the highly publicised murder of a financier at his Chelsea home, a gang related murder in Battersea and a six handed murder in south London involving the shooting of a young man at point blank range with a shotgun

Representing Jonathan King in his successful defence of numerous historic allegations of sexual abuse dating back to the late 1960s and which was dismissed as an abuse of process due to major concerns in the disclosure process in 2018;

Representing the person formerly known as Jon Venables in relation to the possession of indecent images which led to his recall to prison and which case had an extremely high profile in the media;

The high profile prosecutions of various animal rights protestors including some charged under the Serious Organised Crime and Police Act 2005, many of those arrested in the recent Operation Achilles raids against SHAC activists and with conspiracy to commit arson to buildings at the University of Oxford.

Representing a doctor accused of administering poison to procure a miscarriage (the first trial of its kind since the introduction of the Abortion Act over 40 years ago) and subsequently the same man in relation to an attempt to pervert the course of justice from prison.

Two unrelated cases involving allegations of conspiracy to pervert the course of justice against a criminal defence solicitor (both successfully defended);

Various rape cases including a successful appeal against conviction where he did not act at trial and an acquittal of a man accused of raping his estranged wife.

Representing a number of professional footballers on various allegations of rape, indecency, GBH and perverting the course of justice (in a murder case), on each occasion without charge or conviction

A 7 handed conspiracy to commit an offence under s145 of the Serious Organised Crime and Police Act 2005 involving 25 demonstrations by animal rights activists against suppliers to HLS. He represented five of the seven defendants.

A case involving the death of a 7 month old baby originally prosecuted as a murder but ultimately concluded as a case of infanticide;

Numerous drugs offences of a serious and complex nature

His appellate caseload includes a number of murder cases including some of high public profile as well as some appeals relating to serious sexual and drug offences.

He is also involved in defending activists arrested as a result of actions undertaken in the name of Extinction Rebellion in particular in relation to the London demonstrations in April and October 2019.

Steven is a Committee member of:-

Criminal Appeal Lawyers Association (CALA) (where he is also Chairman)

He is a member of:

He was a Police Station duty solicitor from 1992 to 2004 and a former member of the Funding Review Committee for the Legal Services Commission.

He is a member of the Editorial Board of LexisNexis PSL.

He authors the chapters on costs and funding in Blackstones Criminal Practice 2022.

He has contributed a chapter to Taylor on Criminal Appeals dealing with the funding regime for appellate work including applications to the CCRC and appeals from the lower courts up to the Supreme Court.

He contributed two chapters to Human Trafficking and Modern Slavery Law and Practice (Bloomsbury 2018) and is also the co-author of the article “Does the new Slavery Defence Offer Victims any Greater Protection” (Archbold Review 9th November 2015 issue 9).

He is the co-author (with Brian Spiro) of the “Police Station Advisers Index” first published in September 1995 and now on its fourth edition (published by Thomson Sweet & Maxwell). This is one of the three main texts on advising suspects in police stations and is widely used by legal representatives in police stations throughout the country.

He contributed a chapter to a book entitled “The Criminal Cases Review Commission: Hope for the Innocent?” published by Palgrave Macmillan

He has lectured on accredited courses for:

In addition he has given his opinion on national News bulletins and appeared on Legal Network Television and “CPDCast” podcasts on witness anonymity, funding for appellate cases and advising suspects at the police station.

Steven was educated at the Royal Liberty School, Romford. He obtained an LLB (Law/French) at the University of Birmingham which included a Diplôme d’Etudes Juridiques Françaises at Université de Limoges. He studied for his Law Society Finals at the College of Law in Guildford before returning to the University of Birmingham to complete a Master of Laws (LLM) post-graduate degree with a dissertation on children’s evidence in child sexual abuse cases